Package for the line of sneakers Adidas Terrex Fast X. Its structure is formed by a series of triangles in its base, which provide a strong sustaining element to the sneakers and suggest an analogy with the visual identity of the brand. Created out of mirroring and the product’s design, the result is an easily carried bag, whose essential attributes are angularity, endurance and singularity. As to the sticker that seals the two upper straps, travel stamps were produced with the major destinations attended by hikers and adventurers (Agulhas Negras Peak, Pedra do Baú and Dedo de Deus), whose colors are defined according to the model of the sneakers. The art of the package is an extension of the sticker and it generates, like the same, an element of identification with its public. 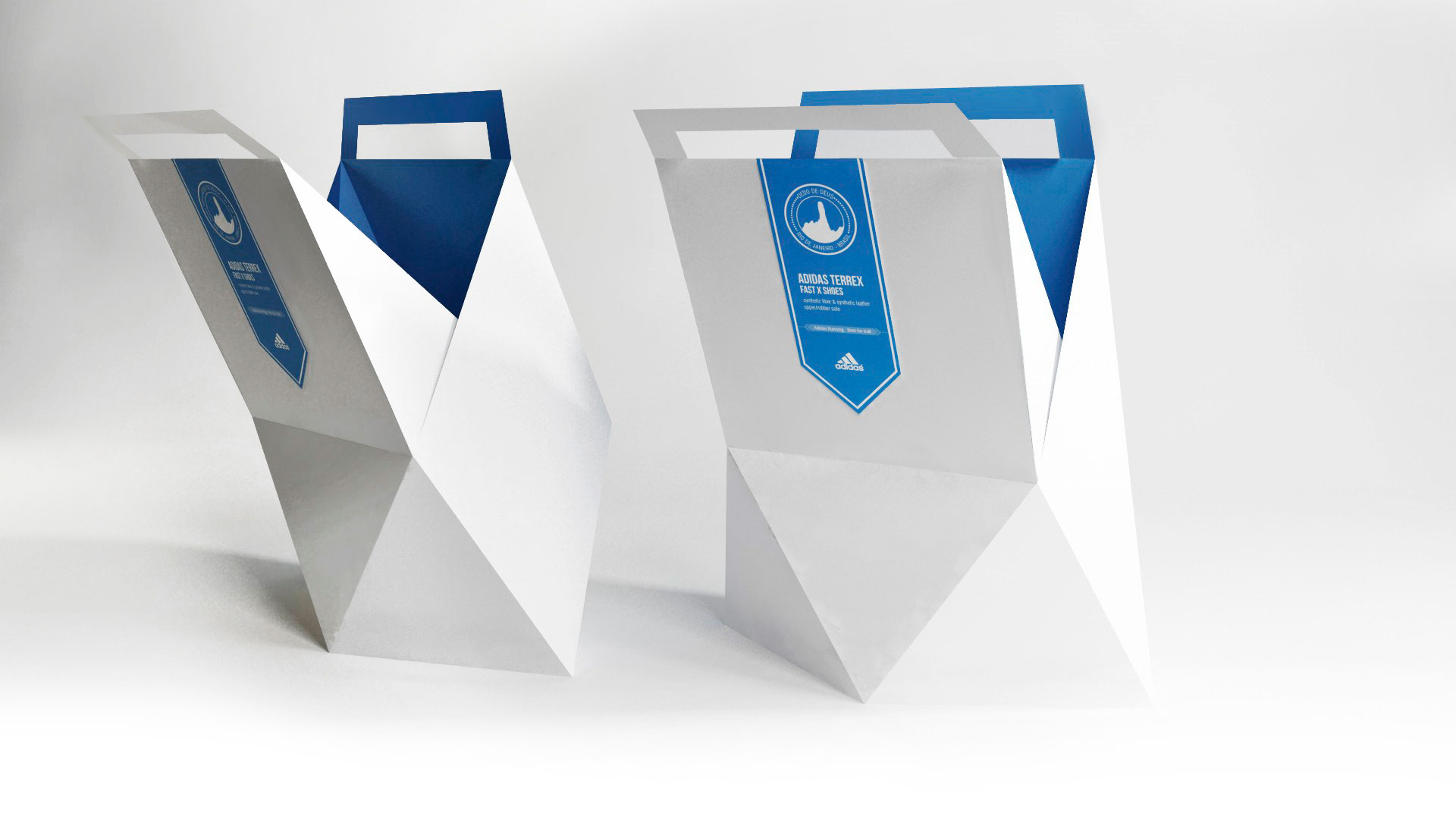 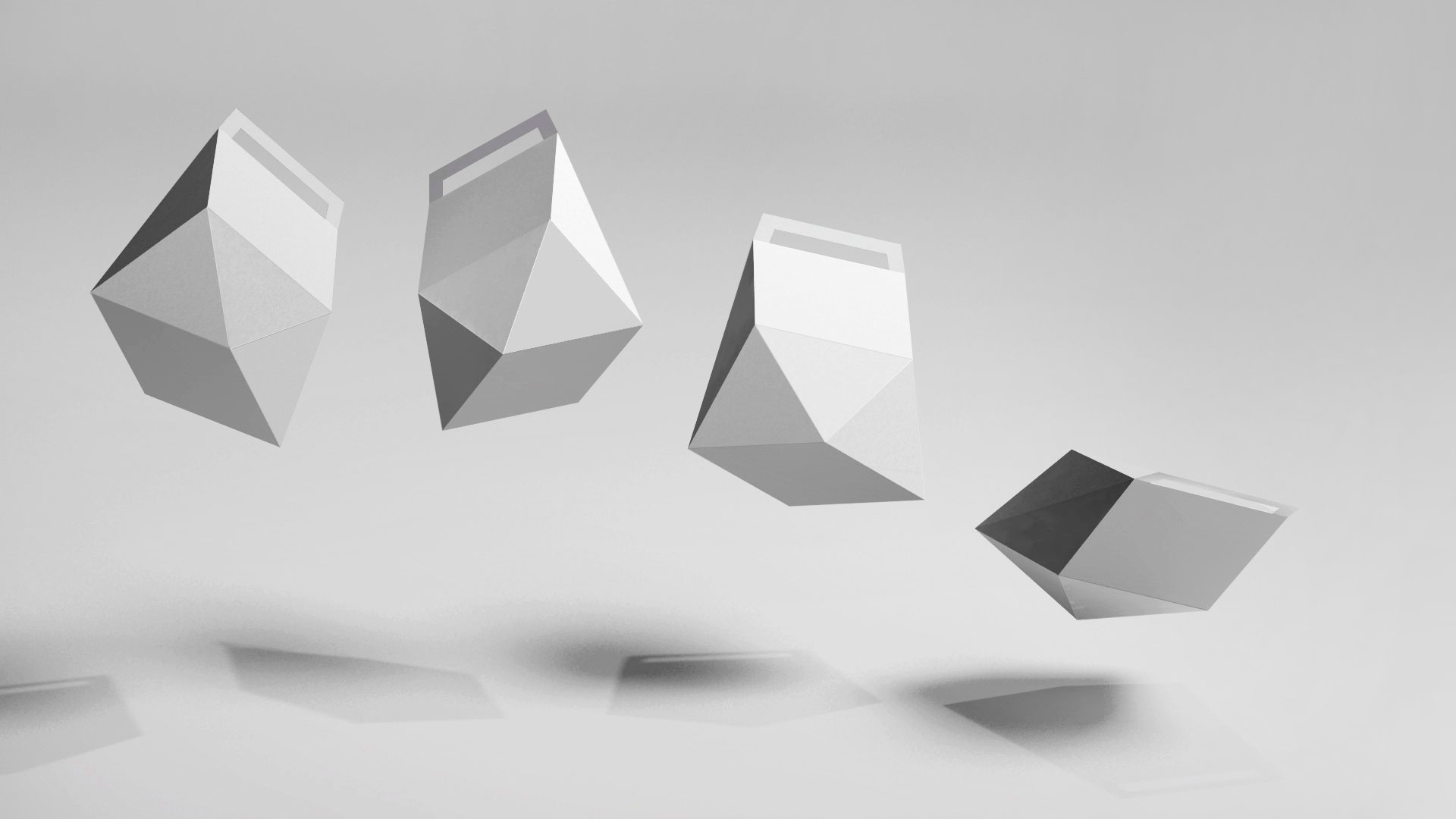 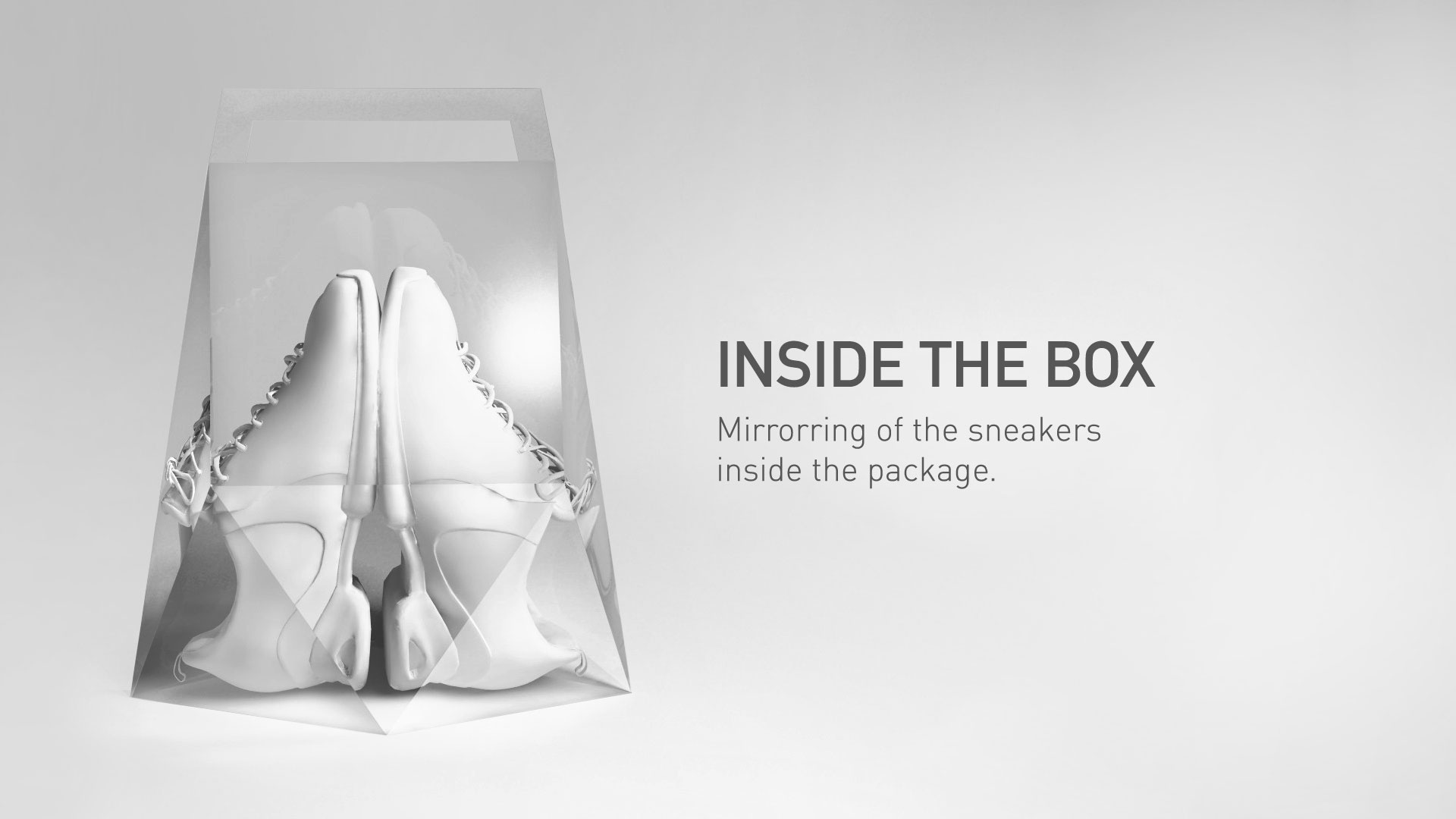